I really thought that Burger of the Week would be taking a bit of a hiatus while Bren and I were in the UK, but instead it looks like we might have to rename the site to Burger of the Day! 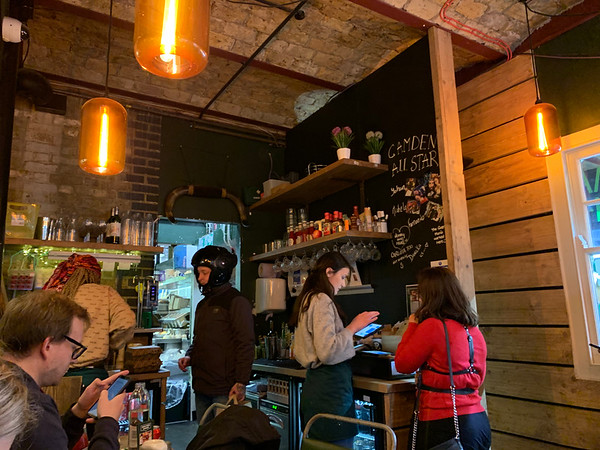 Today we headed up north to look around Camden Market. With impeccable timing we arrived around midday and were immediately assailed by the smells of all sorts of yummy things. We spotted Honest Burgers, and the sign promoting the “Cheese Truck” early on, but made ourselves actually look around first. Lots of places looked great, but we found ourselves back at Honest Burgers. 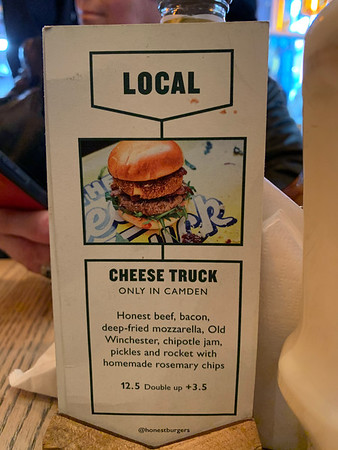 Each of the Honest Burgers stores has their own house special. The Cheese Truck belongs to Camden: 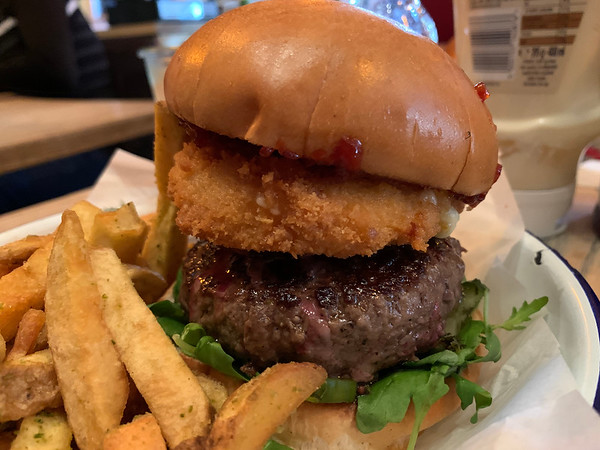 There is only one word to describe it, and that is “delicious”! The mozzarella was wonderfully oozy, bursting out of its shell of crumbs.

The one disappointment was the chips: the rosemary chips sounded like they should be awesome, but they came out of the kitchen a little cold and slightly soggy.